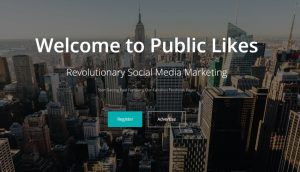 Public Likes caught the attention of the public by offering them short-term returns that are abnormally high. It is clear that the returns were not on legitimate business activities. This site, which describes itself as “social media marketing,” purported to connect advertisers with potential customers.

A user earned Sh10 for each ad they clicked on this level. Most people chose to immediately upgrade to the next level, Business Basic. Here they paid a one off subscription of Sh4,500 and made Sh7,500 a month from watching a maximum of 25 Ads. They would also start earning from referrals, earning Sh4 for every click made by the users they introduced.

Not only was Public Likes a Pyramid Scheme, it was also part of an intricate online fraud that has seen advertisers lose close to Sh2 trillion annually in advertising revenues. But why are Kenyans joining by the droves? Well, its because of the promise of easy money, and ‘evidence’ that they actually pay out.

We have lots of examples of people who made fortunes on the internet. Many dollar billionaires made their cash in tech – the likes of Jeff Bezos, Mark Zuckerberg, Larry Page, Evan Spiegel, Elon Musk, Reed Hastings etc.

These examples motivate young people, but the point is missed. All these billionaires have something in common. They developed a useful product. Bezos – Amazon, Zuckerberg – Facebook, Page – Google, Musk – Paypal, Spiegel – Snapchat, Hastings – Netflix etc.

Safaricom confirmed that they had a meeting with the representatives of the company, but they couldn’t reveal the identity of these individuals. Public Likes might also have been part of a global scam known as click fraud that has robbed advertisers of about Sh1.7 trillion annually, according to ad verification company Adloox.

Definately all that glitters is not GOLD. Be careful before joining any sites and first you do a thorough background check and DO NOT invest money in Online sites without proof of legitimacy.