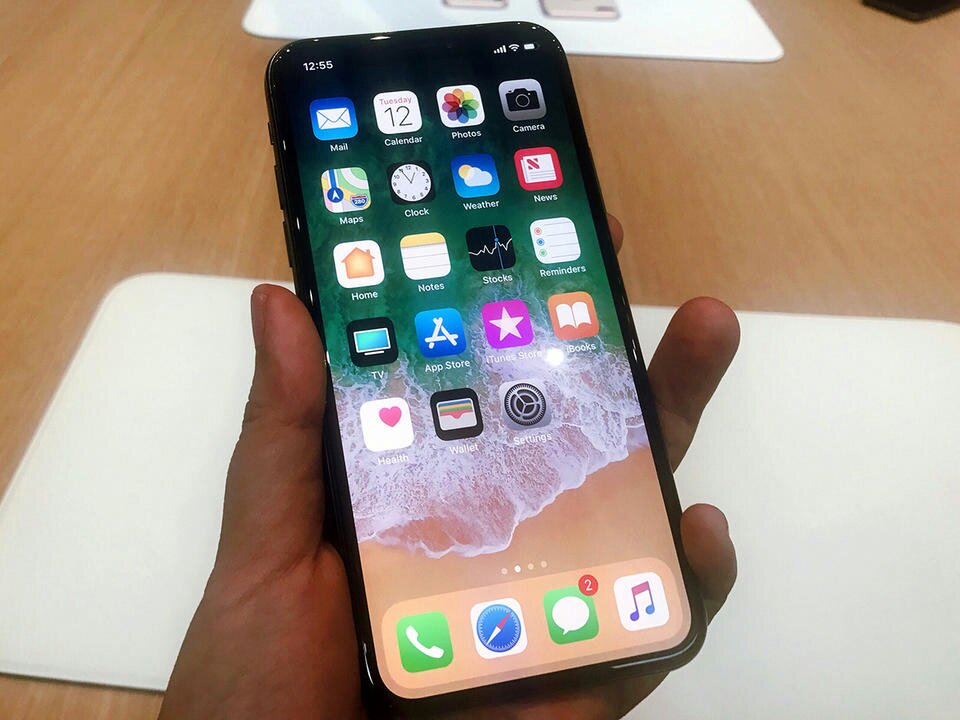 Apple’s dazzling handset offers so much more than the incremental updates we’ve been getting from our iPhones over the past few years, with a beautiful, crisp new screen that dominates the face of the phone, a glass build that opens the door to wireless charging, and some of the best face scanning and tracking seen in a phone to date.

It might have a fancy name, but all you really need to know is that the “Super Retina display” is seriously pretty. Sure, the iOS 11 homescreen looks sharp and colourful, but you probably won’t appreciate how much difference the switch to OLED makes until you load up some high-res, HDR content.

Flip it over and that all-glass back looks slick – even if it’s a massive smudge magnet.

If you’re going to show your new phone off – and don’t pretend you won’t – you’re going to need to keep a cleaning cloth handy. Physical impressions aside, it’s the new camera tech that really makes an impact – and we’re not talking about those dual 12MP snappers on the back.

The TrueDepth camera system up front lets you unlock the X using your face, or turn yourself into an animated emoji. Facial unlocking using Face ID is supposed to be even more convenient than the old TouchID system, which has been ditched now that the screen has stolen the space usually reserved for a fingerprint-sensing home button.

IR sensors and dot projectors potentially make it a lot more reliable than the Galaxy S8’s failure-prone setup, and it helps with privacy too: notifications won’t show on the lockscreen unless you look directly at the phone. You could safely leave your phone on the table in front without people accidentally seeing your texts …unless they’re right next to you when you’re staring at your phone.

As with the 8 Plus, you also now get optical image stabilisation on both of those senors, which should make a further big difference when it comes to low-light shooting. The TrueDepth camera adds Apple’s bokeh-blurring Portrait mode to your selfies for the first time, and portrait Lighting effects are a nice addition too, letting you tweak your Portrait shots for a more flattering final image.

Who needs a fancy studio when you can simulate great lighting with both the front and back cameras?

The new A11 Bionic CPU helps Apple’s mobile operating system absolutely fly, with seamless integration of hardware and software – even if iOS veterans will have to get used to a new way of doing things.

The X is, without a doubt, the coolest iPhone Apple has ever made