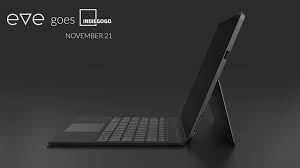 What’s special about this is it was crowdfunded and made by a team of eight people.

They were working with Scandinavian industrial designers, Chinese manufacturers, American designers and the rest of the project team there’s 6,000 members in the Eve community.

They voluntarily came together to the eve community and decided each spec one by one. From resolution to battery, display, hardware and many more.

It has 0% bloatware they’re trying to stick it to arm up against the surface Pro.

With brushed aluminum finish on the back, very important docking connector, we have a headphone jack couple of type-c connectors traditional USB and over on the other side another USB port a lot of connectivity for something so slender. 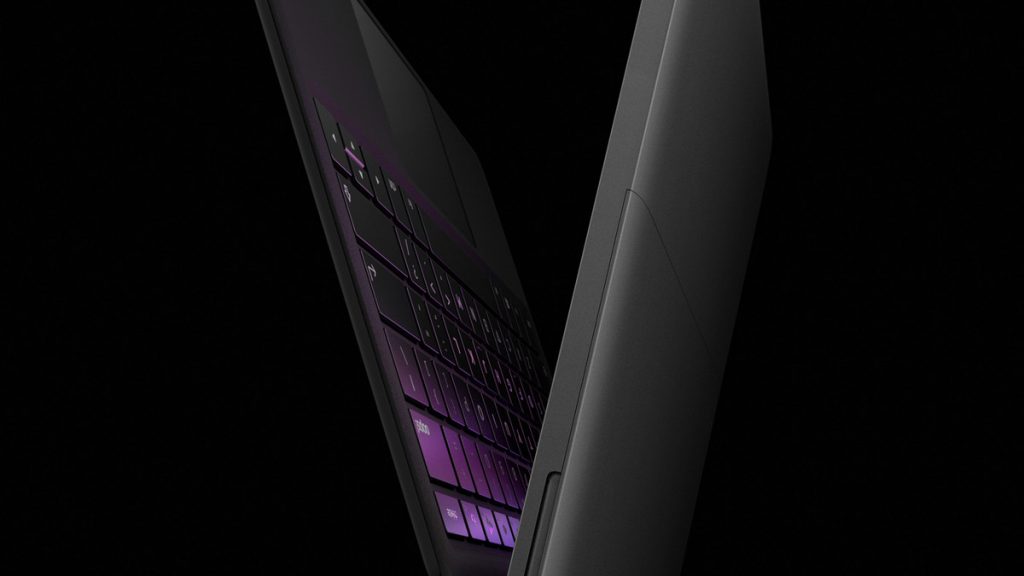 Below are some quick specs. 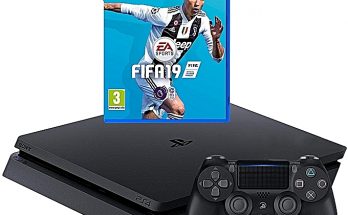