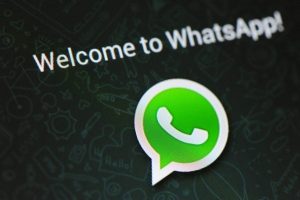 Whatsapp is the most widely used messaging app across the nations worldwide. It has a fanbase of over 1 billion. WhatsApp chats are more than just simple texts. We all know it. We share photos, videos, bank account details, contacts and what not on WhatsApp. And with so much personal data, if you take privacy and security of WhatsApp for granted then its jackpot for wicked minds.

The biggest risk with 3rd party applications is, if hackers can alter WhatsApp’s APK to hide your last seen, they can also add code to record your chats and send them to their own servers.

A general user will never come to know what code has been added in a 3rd party application and as these apps are not uploaded on official app stores, no malware analysis is done on them, opening up the users to extreme risks.

On the issue of possible misuse or hacking through third-party keyboard apps,  WhatsApp engineers said that if a user has installed a keyboard app, which could potentially be vulnerable to hacking, WhatsApp cannot do much to protect the data. They further stressed that users’ messages are encrypted in the transit. That’s why it’s very important to use trusted applications.

On the other hand, the CIA is capable of bypassing encryption on a number of popular messaging apps including WhatsApp, according to newly released WikiLeaks documents.

The whistle-blowing organisation has just published 8,761 files, which Julian Assange claims account for “the entire hacking capacity of the CIA”.

The enormous release is the first of several comprising the ‘Vault 7’ collection. A WikiLeaks release claims that the CIA uses malware and hacking tools to remotely hack smartphones and turn TVs into covert microphones.

In Germany, the  police are developing a software that can hack into people’s smartphones and read encrypted messages. They are working on a new version of Remote Communication Interception Software(RCIS). RCIS is used for introspecting electronic devices.

The new version of RCIS is designed to hack smartphones and tablets with Android, iOS and Blackberry operating systems.

The device can hack the messages directly from the source that is the user’s screens. It is targeted at messaging services like Whatsapp or telegram making it a probable “surveillance” software in the hands of a government.  The software is expected to come by the end of the year.

Does WhatsApp track your data?

WhatsApp revealed that 3.1 billion images, 700 million GIFs and 610 million videos were sent on New Year’s Eve. That makes us wonder how does WhatsApp know?

While WhatsApp claims it does not read the content of your messages, it does know whether your image is an image or a text. As you may already know WhatsApp periodically publishes reports on how many images or voice calls were sent on its platform.

Is your back-up data secured?

WhatsApp points out that the users are primarily responsible for their privacy when they choose to backup their data on iCloud or Google Drive. Backed up data are encrypted in transit including on iOS or Android, but it’s not end-to-end,  Basically, users have the ownership of their messages. When you perform a backup of your messages to third-party services, the data is not then on WhatsApp servers.

What Measures Should I take to Protect Myself From Hacking?

Last but not least, use the same common sense you would with any form of digital communication. Don’t send personal information if you can possibly avoid it – addresses, phone numbers, email addresses – and never send your bank, social security or credit card details, or your passport or other identification details.