Imagine World War II. And you’re a top general of the U.S. Army in charge of the European theatre of operations. That basically means you’d be pitting your brains against the best of the enemy forces. You’ve reconnoitered your enemy’s position, and you’re all set to do a counter-attack at a beach in Normandy. You’ve deployed the paratroopers, and they’re landing as we speak. Suddenly, you got new information that an enemy flank is amassing at the location of the drop in about an hour. The problem is you can’t get in touch with your commanders on the field. What do you think will happen to your soldiers?

Of course, the scenario above is fictional. But truth be told, communication is at the heart of military operations. Without it, the movements on the ground will be one mess too many. The end result? The longer the communication vacuum is not back up, the more soldiers die. On the other end of the spectrum, the more the enemy knows your communication, the lesser your chances of victory.

Keeping an Eye on the Goal

The office can mean a lot of back and forth in terms of work. As each office worker gets down to his task, it’s highly likely he won’t be looking at the end goal of it all. People will miss the forest for the trees, to borrow a Steven Covey-popularized phrase.

Yes, it’s easy to get lost at work. In the process, we forget the ultimate goal of the whole thing. We forget why the brand exists.

Effective communication ensures people see the bigger picture by knowing that there is a greater goal ahead. Properly done, this can galvanize people to action, and with that, greater productivity.

This is what Winston Churchill did. The stuttering politician reminded everyone who worked for England that there is a greater goal. In his much-ballyhooed speeches, Great Britain’s infamous prime minister was able to galvanize his people into action.

Indeed, the future of Great Britain was hanging in the balance as German bombing and operations battered the country. But Churchill’s “blood, sweat and tears” speech woke a nation to fight with all its might. And the rest is history.

Keeping a hierarchy is a good way to maintain operational efficiency in the workplace. It’s true. But it shouldn’t be a way to discourage creativity in problem-solving. Having communication lines open for all can go a long way to arriving at solutions faster.

In this regard, making sure that your employees have the right tools to encourage communication. These can be in the form of Zoom, Skype, ProofHub, Google Meet, or Slack. This is especially true for remote workers.

For face-to-face interaction, getting your office a private branch exchange or PBX is not only timely, but it’s also cost-efficient. Talking to a PBX installation company should be wise on your part. When your phones are inter-connected, customer service is a lot smoother.

In short, your customers would be happy to call you as they get answers ASAP and not wait for ages for responses that take time.

Plus, with a PBX system running, you can easily establish control in your operations. It won’t even matter if it’s sales or product development. A touch of a button, and you’re talking to the department head or the person concerned.

The Power of Empowerment

One of the greatest examples of effective communication empowering a team is Steve Jobs. Well, the man doesn’t need any introduction. But what does stand out is his ability to move his teams to action.

First stop, the Apple founder makes sure he talks only to the right people. So he gets only the people involved in a specific project in a meeting with him. What that means is he did not go for many mass meetings.

Secondly, Jobs assigned DRIs or Directly Responsible Individuals for each topic on the agenda. So this eases the communication as the person in charge of each task is clear.

Everyone who was in the meeting with Steve Jobs was encouraged to contribute to the solution of the issue at hand. Eventually, this leads to debates. But the point is clear: To arrive at the best solution.

Lastly, the steps to be undertaken were clearly defined. The end result? A to-do list.

Well, the results say it all. Apple has become a global icon dubbed as the “most successful company in history.” And Steve Jobs communicating effectively is central to that. 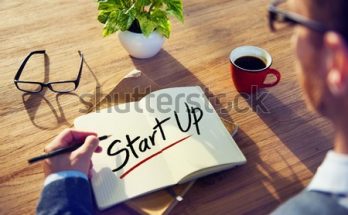 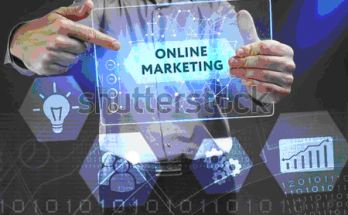